Berlin is the capital city of Germany. It is renowned for its exceptional range of landmarks and vibrant cultural scene. In fact, the city is best known for its striking contrasts. Historical buildings stand alongside modern architecture as the past and present intermingle. Germany’s capital is home to all the main government buildings, including the historical Reichstag building as the seat of the German parliament.

Berlin is a city of art, artists, and museums. In fact, precious artifacts from all over the world are showcased at more than 170 museums. Some of which can be found on the internationally renowned Museum Island. Berlin is a popular destination for classical music fans from every corner of the globe thanks to its leading orchestras. The globally popular Berlin Philharmonic, and the city’s three huge opera houses, where spectacular operas and ballets are performed and draw crowds from around the world. 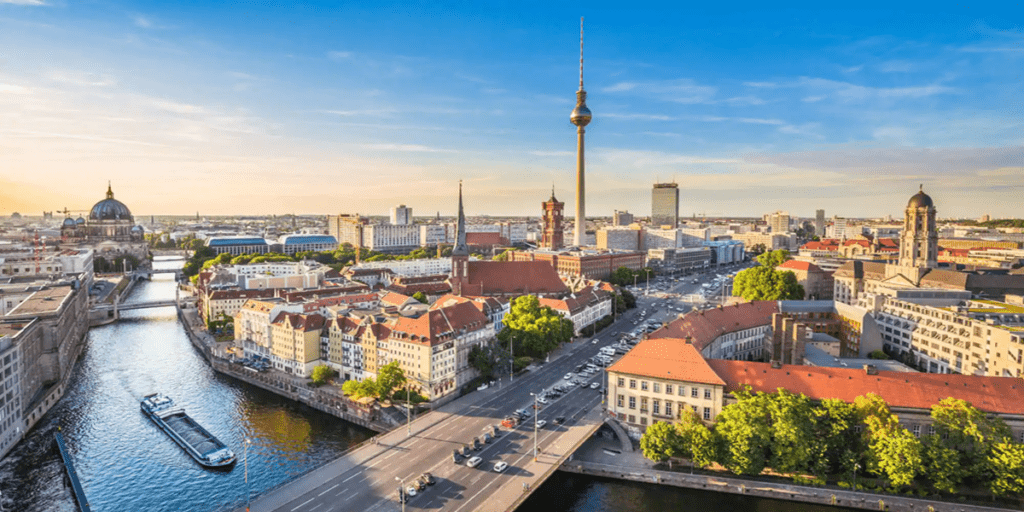