Odessa.  Set in the country’s south along the Black Sea coast, it was founded in the late 18th century as a Russian naval fortress. For many years in the mid-19th century, it was a free port, becoming home to a multinational populace. In 1905, it was the site of a major Russian Revolution uprising by crew members of the Battleship Potemkin. The nice old town area has a beautiful opera house, and the city has many great beaches. 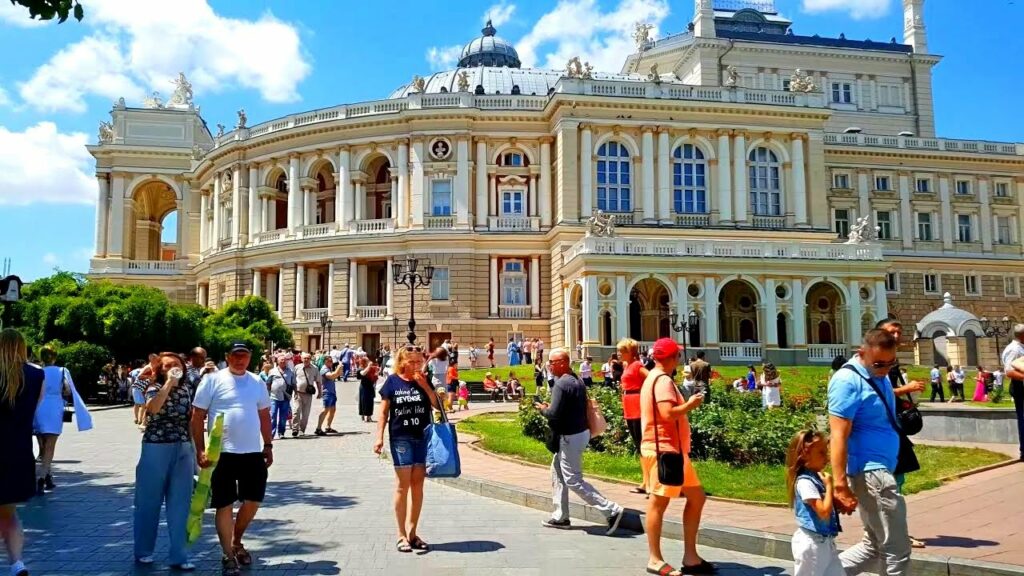